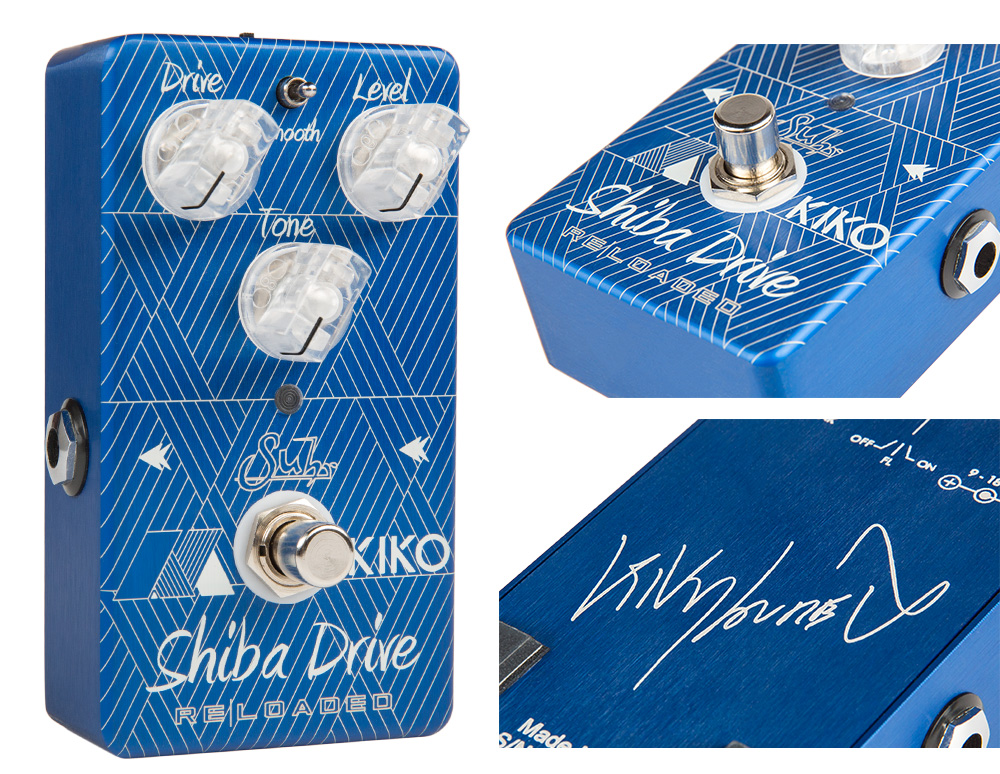 Kiko primarily uses his Shiba Drive as a boost to push the front-end of his amplifiers for increased sustain and harmonics. Based on feedback from Kiko we have modified the Shiba Re|Loaded circuit to offer greater clarity and low-end response while retaining the character and dynamics of the original.