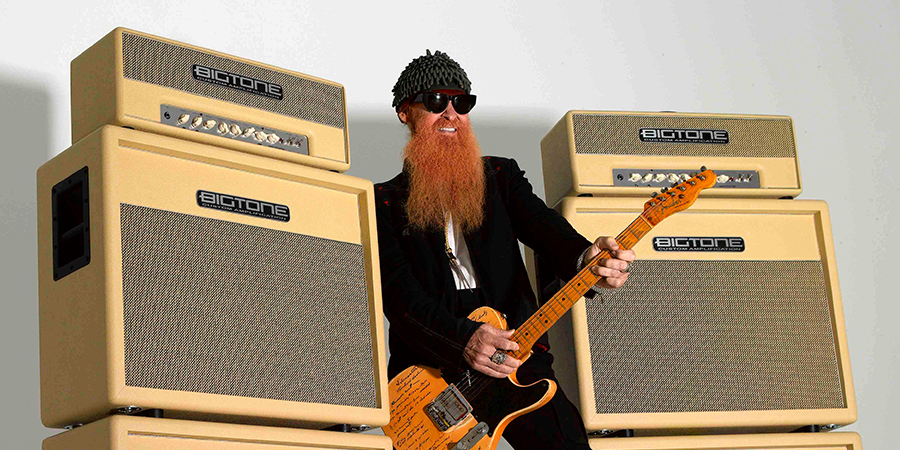 There are no words to describe the feeling of having Mr. Billy Gibbons playing our amps all around the world. Billy uses Studio Plex mkII heads and 2×12″ Classic cabinets.
Billy Gibbons is an American musician, singer, songwriter, producer and actor, best known as the guitarist and lead vocalist of the American rock band ZZ Top. He began his career in the Moving Sidewalks, who recorded Flash (1968) and opened four dates for the Jimi Hendrix Experience. Gibbons formed ZZ Top in late 1969 and released ZZ Top’s First Album in 1971. The albums that followed,Rio Grande Mud (1972) and Tres Hombres (1973), along with extensive touring, solidified the group’s reputation as a hard-rocking power trio.
In the 1980s, ZZ Top released their three biggest-selling albums: Eliminator (1983), Afterburner (1985) and Recycler (1990). A wave of music videos for the hit singles “Legs”, “Gimme All Your Lovin’”, and “Sharp Dressed Man”, among others, became mainstays on MTV. Gibbons has made appearances with other artists and acted on television shows, most notably Bo
nes. He was ranked at number 32 on the 2011 Rolling Stone list of the 100 Greatest Guitarists of All Time.
In November 2015 Billy released his first solo album called “Perfectamundo”.