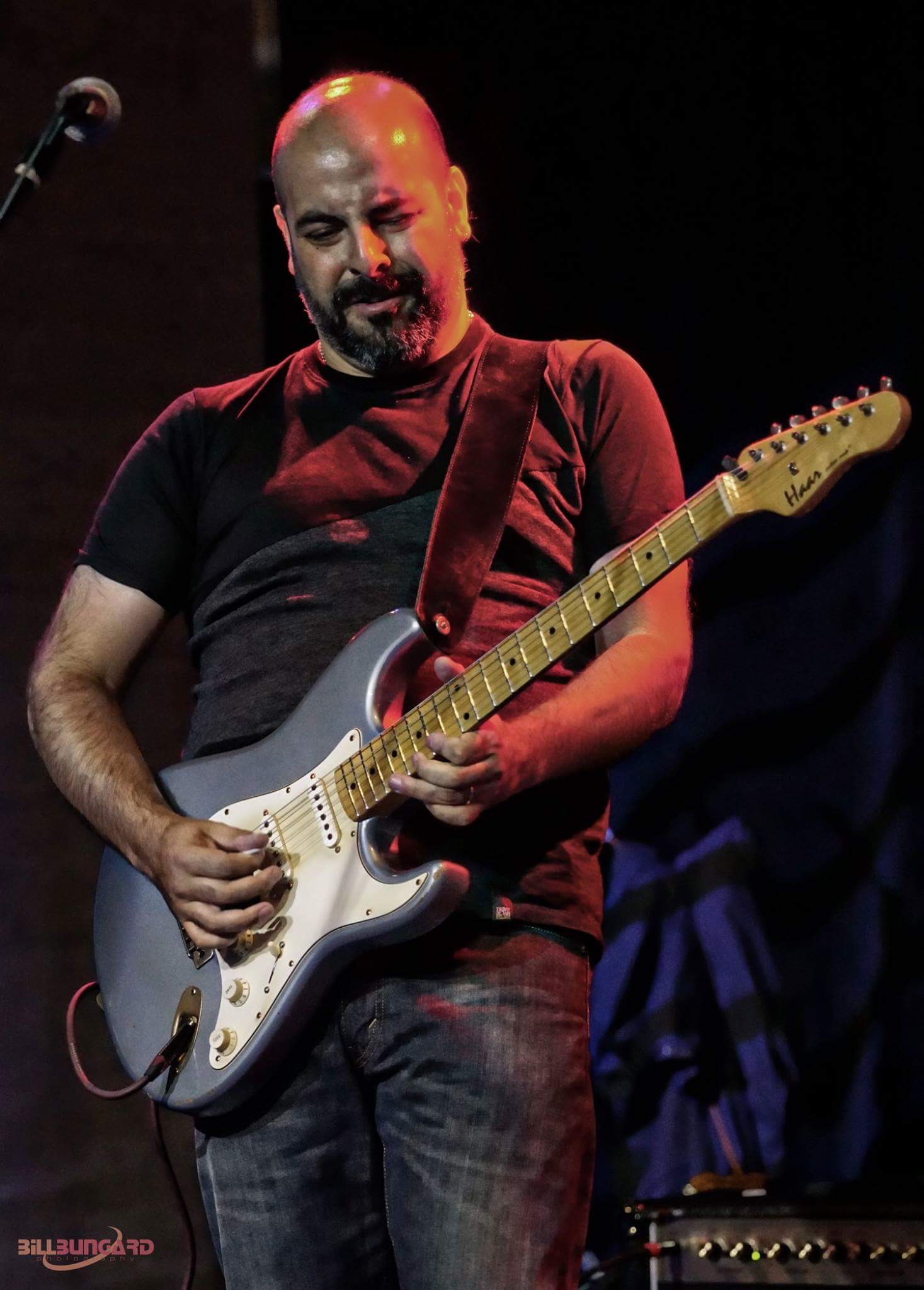 Fernando Pareta is and Argentinian guitarist and singer with great national an international projection.
He was born in Buenos Aires, Argentina. He grew up in direct contact with music, listening to his grandfather´s bandoneon, first bandoneon of Horacio Salgan´s orchestra.
At 9 years old started to study guitar, when he was 17 with his band “Fernando Pareta Trio” began live shows with his own compositions and guitar classics in important places in Buenos Aires like “La Trastienda”, “Hard Rock Café”, “The Cavern”, “Notorious”, among others. He also did interviews and shows in radio and Tv programmes.
In 2003 his first CD “Fernando Pareta Trío”, was release in 2003 with original instrumental music mixing rock, blues, funk and some covers. The quality of his music allowed him to be invited one year after to the “Jemfest” festival in Florida, United States, organized to collect funds for the foundation “Make a noise foundation”, of the famous guitarist “Steve Vai” sharing the stage with from Europe and Usa. Fernando Pareta is invited yearly to the event from 2004 to 2010 year he had the honor of being the headliner of the concert . On June 18 2010, he played again headlining one of the two shows for the 10th anniversary of this important event, with the presence of “Steve VAI”.
In 2005, the2 German..s record label “ESC RECORDS” included his version of Brush with the blues, in the compilated The loner-Tribute to Jeff Beck” sharing the work with Top artists like Scott Henderson, Greg Howe,Richie Kotzen, Steve Lukather, Brett Garsed, John Novello, David Fiuczynski, Billy Sheehan, Gary Willis, Kirk Covington, Dennis Chamber, Vinnie Colaiuta, Virgil Donati y Derek Sherinian. The same version integrated the CD Get Jazzed of the same label, with Randy y Michael Brecker, David Sanborn, Lincoln Goines, Scott Henderson, Simon Phillips, John Humprey, John Scofield, Armand Sabal-Lecco, Frank Gambale, Billy Cobham, Michael Landau, Vinnie Colaiuta, Marcus Miller, John Patitucci and others. Both cds were release in great quantity of countries and obtaining excellent reviews of the international press.